In Tandem Theatre, a 501(c)3 nonprofit theatre located in Milwaukee, was founded in 1998 by Chris and Jane Flieller with the commitment to produce exciting, innovative and professional live theatre by presenting creative and eclectic programming that enlightens, inspires, provokes, and entertains a diverse audience in an intimate atmosphere. Its name, In Tandem Theatre, reflects the connection between audience and actor, the audience and the written word – an intimate experience obtained when live audiences are engaged in strong storytelling.

From You’re A Good Man, Charlie Brown to the award-winning Equus, In Tandem has produced comedies, dramas, musicals, classics, and new works by established, emerging and local authors. In Tandem has produced over twenty original works by local playwrights as well as world, American and regional premieres. Voted Top Ten Critics Choice by the Milwaukee Journal Sentinel and Best of the Year by The Waukesha Freeman over many years, In Tandem Theatre has firmly rooted itself within the professional arts community by consistently presenting outstanding, critically-acclaimed live theatre.

Patrons travel from as far as Chicago, Madison, and Green Bay to visit In Tandem Theatre as we have become known for presenting outstanding professional theatre at very affordable prices. Commitment to Community and Education

Our commitment back to the community is evidenced by our promise to make live theatre accessible and affordable to everyone. Patrons of low or restricted income, students and those in or retired from the military enjoy discounted tickets. In Tandem also has a volunteer program for students and low/restricted income residents to assist with ushering and see shows at no cost. All performances at the Tenth Street Theatre offer student rush seats, available just before curtain, at half the regular price.

Performances throughout the years have been earmarked as benefits to raise money for other nonprofit organizations. In Tandem has supported organizations such as Sojourner Truth House, the AIDS Resource Center, St. Joe’s OB-GYN Free Clinic, WKLH’s Christmas Is For Kids, and the Walker’s Point Center for the Arts’ Hands On After School Program. Nearly one hundred free tickets are given to nonprofits each year to help support others’ fundraising activities such as raffles and silent auctions.

In Tandem participates in arts education through internships with high school and university students who desire knowledge in both the production and administrative sides of running a small, nonprofit arts organization. For many years, In Tandem has provided actors to the Helen Bader School of Social Welfare to act as clients for students studying for careers in social work and who need practice with interviewing skills.

In 2015, In Tandem launched its inaugural Summer Theatre Conservatory, a unique and integrative three-week theatre experience for ages 11-18. In addition to acting, movement and voice classes, students learned technical and administrative aspects of producing live theatre. The program culminated in live performances to which the public was invited and complimentary tickets were provided to children served by the Boys and Girls Club of Milwaukee. 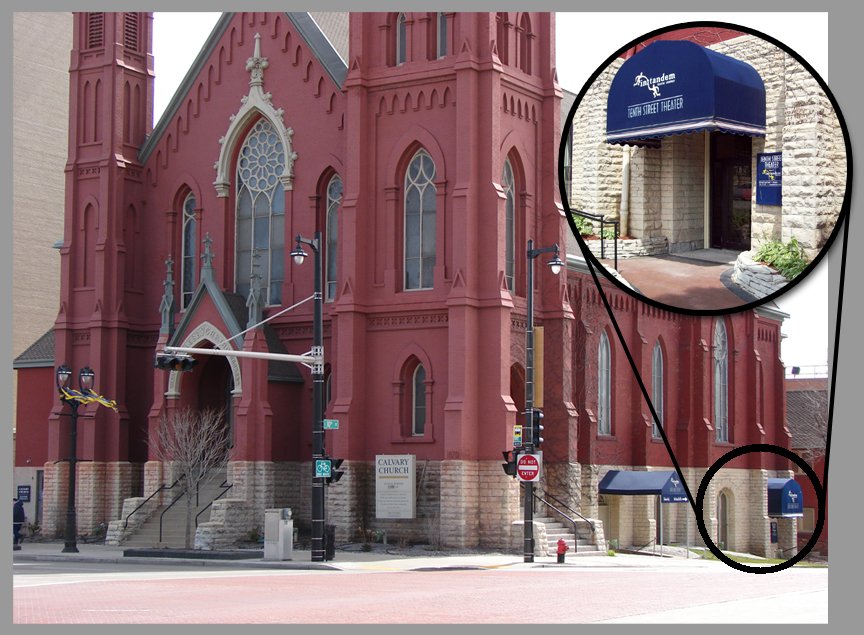 In Tandem Theatre had been without a primary space, bouncing around from venue to venue, sometimes producing a four-show season at three or four different locations during its first nine years.

This constant moving made it difficult to establish a subscriber base, increase programming, add workshops and classes, or expand administratively. In July 2007, In Tandem Theatre procured a permanent performance space at 10th and Wisconsin, in the lower level of the “big red church”. With the help of more than 55 volunteers who lent their expertise and sweat equity toward demolition, carpentry, dry walling, painting and remodeling, build out costs went from an original estimate of $350,000 to a more manageable $150,000. The result is a beautiful 99-seat studio theatre, lobby/art gallery, box office, administrative offices, dressing rooms and storage space.

The Tenth Street Theatre has been a bustle of activity ever since.

In addition to In Tandem’s full theatrical season and three fundraising events, we have been able to provide low-cost rentals to other nonprofit agencies such as emerging and college theatre groups, a drumming class for at-risk MPS high school students and a teen comedy night. Business meetings for Future Milwaukee, Westown Association and Theatre Wisconsin have been held in the lobby and theatre spaces. Staged readings of new plays have been presented, and private parties and fundraisers have been held. In Tandem maintains an even distribution of funding between earned and unearned revenue. Ticket, concession and merchandise sales are balanced with support from private and business foundations, the United Performing Arts Fund (UPAF), the City of Milwaukee Arts Board, the Wisconsin Arts Board and county funding (CAMPAC). The budget is further subsidized through rentals, contracted services (ie. In Tandem is hired to put together a performance and compensated for the work), and various fundraising activities. 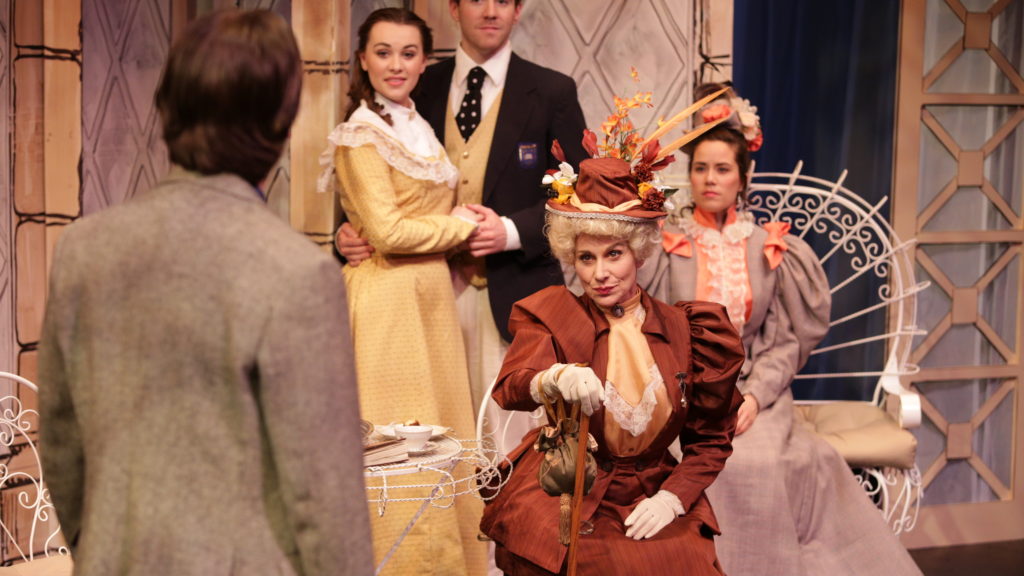 We Believe in the Arts!

In Tandem Theatre believes the arts are a vital aspect to the community. Live theatre is unique in that it gathers people together to share a common experience: to laugh, cry, get angry, or be surprised – it’s an immediate reaction to the ancient art of storytelling that cannot be replicated through any other medium. The arts promote literacy, culture and examine the world and the human condition through the stories it tells. Theatre explores, informs, excites and elicits emotion. From a practical viewpoint, the arts are a vital industry that supports thousands of jobs, encourages tourism, and is used as a tool to recruit businesses and new residents.